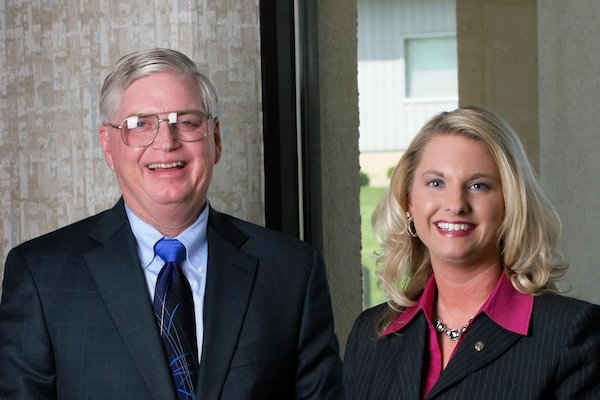 At Belgrade State Bank, for over 100 years and counting, our number one priority has been our commitment to you. From providing you with the products and services you expect, to offering you the attentive, personalized service you deserve, we're committed in everything we do.

That same level of commitment is transferred over to our community involvement. Belgrade State Bank loves nothing more than to play an active part within all of the communities we proudly serve. It's common to see a Belgrade State Bank employee at local events, alongside other local organizations.

We're a family owned community bank that's motivated by the communities we're in, through and through. If you're interested in ways to give back to your local communities, find out more information here.

More than a Century of Rich History

Belgrade State Bank has a rich history dating back to 1906. Washington County was prospering as mining operations were in full swing in the Leadbelt. To help meet the financial needs of the county, several businessmen of the area, including John and Ed Walton and W.W. Turner, decided to start a bank. On June 6, 1906, Belgrade State Bank was born. It began doing business in a side room of the Belgrade Mercantile Company. 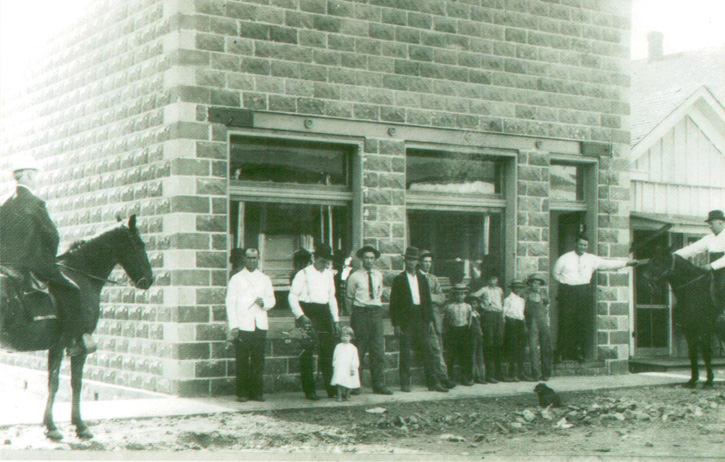 This photo was taken at the 1911 opening of the first Belgrade State Bank branch. The girl pictured is Hazel O. (Walton) Turner, daughter of John G. Walton, one of the bank's founders. She would later become the wife of Merlyn E. Turner, who served as president of the bank in the mid-1900s. The man standing in the doorway was the bank's cashier, Louie Bartlow, Mollie Turner's grandfather. The Turners were the proud parents of seven children, including Harold E. Turner and Donald G. Turner, both long-time employees of the bank.

From 1911 until 1957, the bank was housed in the pictured one-story stone building on Main Street in Belgrade. In 1957, the office still in use in Belgrade was constructed.

As the company grew and banking laws changed, bank officers determined that a branch office of the bank would be beneficial to serve the needs of the people. In 1974, a branch office was opened in Caledonia, at the junction of Highways 21 and 32.

In 1986, the bank further extended its operations by restoring the Old Potosi Methodist Church building at 306 North Missouri Street in Potosi and re-opening the historic building as a bank. On October 6, 1986, the new bank began serving Potosi with assets of $19 million. Within six years, the bank grew in size to over $50 million in assets. As a measure of the bank's growth, in 1993, the restored church building in Potosi was expanded. A large addition was added to the north side of the building to allow for more convenient space for bank customers and for bank personnel.

On November 22, 1995, Belgrade State Bank received approval from the Commissioner of the Division of Finance to open another office at 414 N. State Street in Desloge. The grand opening of the new Desloge office was held on June 6, 1997 — 91 years to the day after the founding of Belgrade State Bank. Three years later, total assets of the bank surpassed $100 million on January 20, 2000.

In 2001, the newest office in Farmington was opened. This facility, located at 515 W. Karsch Blvd, began doing business May 21, 2001. The most conveniently located 24-hour ATM in town accompanies it. The Farmington branch was renovated in 2009 to include a second story for executive offices and a coffee shop, Wise Grounds Coffee, on the south side of the building.

Help your kids learn the value of a dollar — and have fun.

Have the freedom to bank on your terms — anytime, anywhere.

Make purchases anywhere (even online) with a free debit card.